Last weekend we made it out of the house and went to the Southbank. I forgot to post about it but I have picture proof! 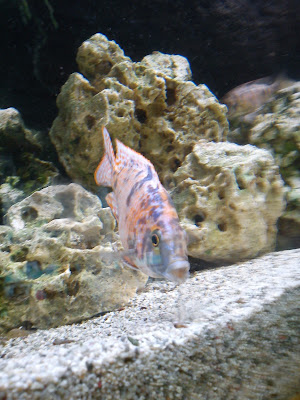 The sushi place had a fish tank right next to our table. Fresh sushi anyone? 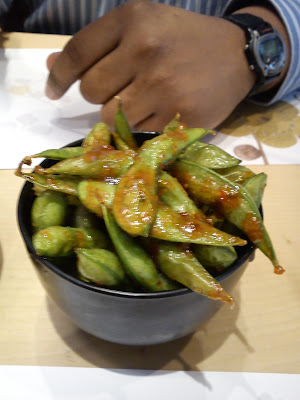 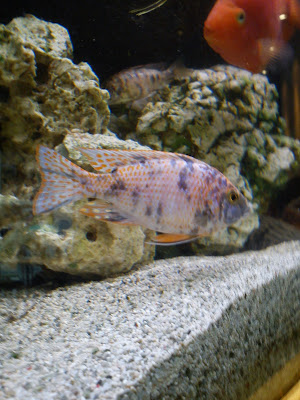 More fish. They were too cute. 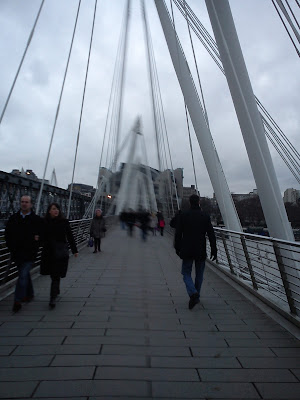 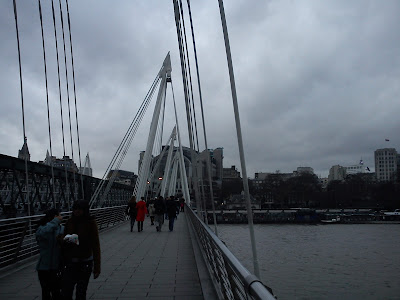 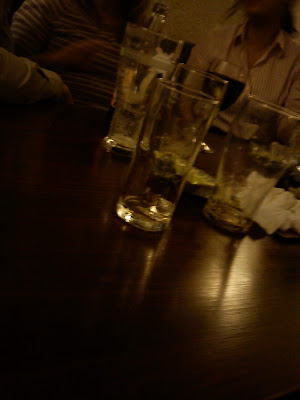 And some nice beer in the evening.
Otherwise it was a very lazy weekend and now it's back to the placement. Still enjoying that. Though today it was really quiet. The nice thing is I have access to the manuscript database. So I started reading one of their new titles. Can totally live with not having anything to do when there is a whole database to read!
Posted by Judith at 19:53 3 comments

One week of placement survived!

So I started my work placement on Monday. The week went by in a whirlwind. I'm interning in the sales team and had to collect a ton of sales kits. I also filed, and printed and threw out old jackets and information (that one made me a bit nervous as I threw out more than 10 big garbage bags of stuff). I also helped out the publicity team by translating a document for them. Weren't they lucky they had a German in the office!
Nothing too exciting happened in the week. I enjoyed the work though. Everyone was extremely nice. I was a bit worried about lunch time and if I had to sit all by myself. But so far I got lucky and there were always nice people in the kitchen who sat with me. Was fun to listen in to all the conversations going on.
Of course, one of the things I enjoy most are the books. The office is filled with them! So far I have been too chicken to ask whether I could take some with me. Gotta change that next week. The sales team is responsible for all of their own books but also for the books of some other publishers. My favourite one being a manga publisher. About half of all the mangas that make it to the UK will go through that office. Isn't that cool?!? I filed and printed away information on all of those coming out in the summer. I didn't get to read them, but still, I love working with them. Hoping I can sneak some freebies out of the office.
Next week one of the girls I'm working with will be on holiday. Hoping for some good work during that week then. And figured the week after I will ask whether I could sit in in some meetings and get to look at some other things too. Mainly interested in having a look at their production department and what they are doing. The whole company is working from the same floor. So I already know where they are, just have to approach them.
So far I'm really positive about this placement. Now just going to enjoy my weekend and the bliss of doing nothing...
Posted by Judith at 13:59 2 comments


Send a camera to space? That's what these guys did. Amazing! I wanna send stuff to space now. Gotta get some cute things to put into a styrofoam box and off it goes!
Posted by Judith at 16:18 3 comments

I kinda felt bored taking the bus from university to my Japanese class and then from class back home. So I amused myself by taking pictures out of the windows. Not the best idea at night. Most of them are horrible, but some turned out ok. Sharing with you random pictures taking of Central London: 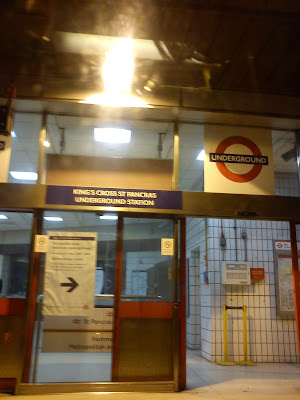 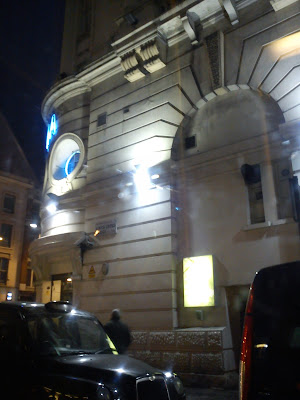 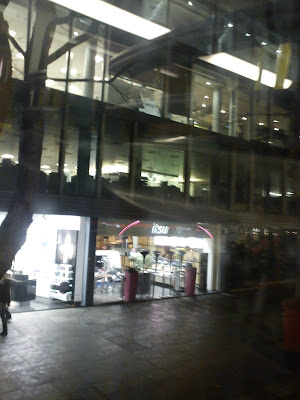 Random itsu I sometimes eat dinner at before class. 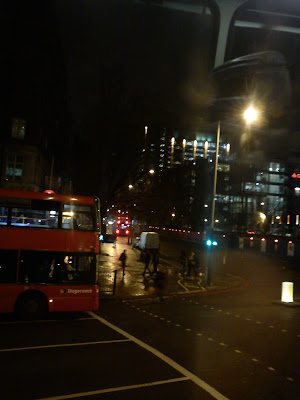 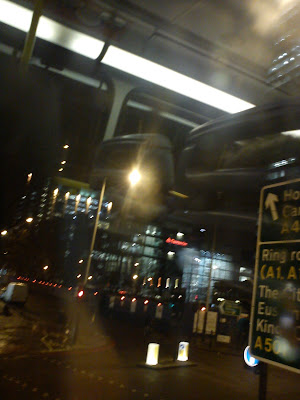 Again, Warren Street.
Now I'm exhausted and it's bed time. Everyone have a good night!
Posted by Judith at 22:19 0 comments

It's all about the hair

So bf wanted a shave this weekend. In this household it is my job to shave his head every one or two months. For some reason he trusts me not to cut him up. Which is harder than it sounds. He has an itchy scalp and scratches himself bloody. So there are a lot of old wounds that are just waiting to be cut open again by me. So far I've done well. But cutting his hair reminded me that I had some dye there. So I made him dye mine. Hate doing that by myself. In my university days I would always get one of my friends to dye mine and then dye hers in return. We had little hair dying parties at each others places. Usually invited over a couple of other friends as well and boozed it up a bit.
Anyway I had bought a new brand that was supposed to only soak in for ten minutes. I figured since I do this a lot, might be a good idea to limit exposure time. That was so not a good idea. First of all, the colourant was very liquidy and dripped all over our carpet (don't really care about that, the carpet is past it's lifetime anyway). But worst of all it started to sting really bad. I started to sneeze from the chemicals and my scalp started to burn. Not badly but I never had that before with any other colour. I guess only ten minutes exposure time means about three times the amount of chemicals then the other colourants. Was I glad when those ten minutes were finally over! Next time I will switch back to my normal colour. Yeah, and the colour didn't turn out that well either. Especially in the front where all my grey hair accumulates the colour is very uneven. Now I understand that the grey will always look a bit lighter than the rest of the hair, but this is a really big difference and the grey hair looks almost orange. I hope that will change with time. So yeah, big fail. Will fix it next months.
So the next day I figured while I'm ruining my hair I might as well go to the hairdresser. And a cheap one at that. Paid £10 for a cut. I was in and out in about 15 minutes. Despite expectations the cut looks really good! 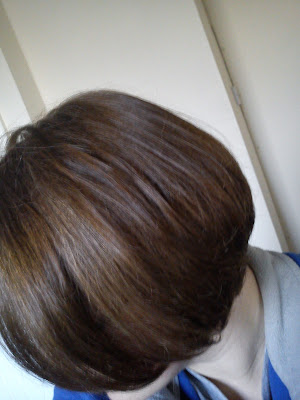 I noticed that from the side the hair colour looks really good. Hmm, so maybe it's just the front that's ruined. Might have to start walking sideways now and not talk to people face to face. But I do love the cut. Sooo much shorter than before. Maybe a bit early as it is still cold outside. Will leave you with that. Off to the shower to try to get the orange out a bit more.
Posted by Judith at 08:15 2 comments